I find I'm getting significant noise at ISO6400 (more than when I use same lens/settings on my D7200). Do other D850 users experience the same?

I have not been troubled by noise on my D850. I would be very interested to see an image that you are unhappy with. I may just be complacent.
I
B

Supporting Member
On paper that is a great low light camera with a super dynamic range even at high ISO. Is it possible you are not letting in enough actual light in terms of aperture and shutter speed? ISO is not what causes noise, it just gets associated with low light or low exposure which are some of the true causes. Cropping also can make noise worse by magnifying it. Maybe see if there are situations where you can open the aperture more or lower the shutter speed a little and see if it makes a difference. Of course it's better to get the shot even if it's noisy, but there might be some situations that you don't need as fast a shutter or can open up a touch.
N 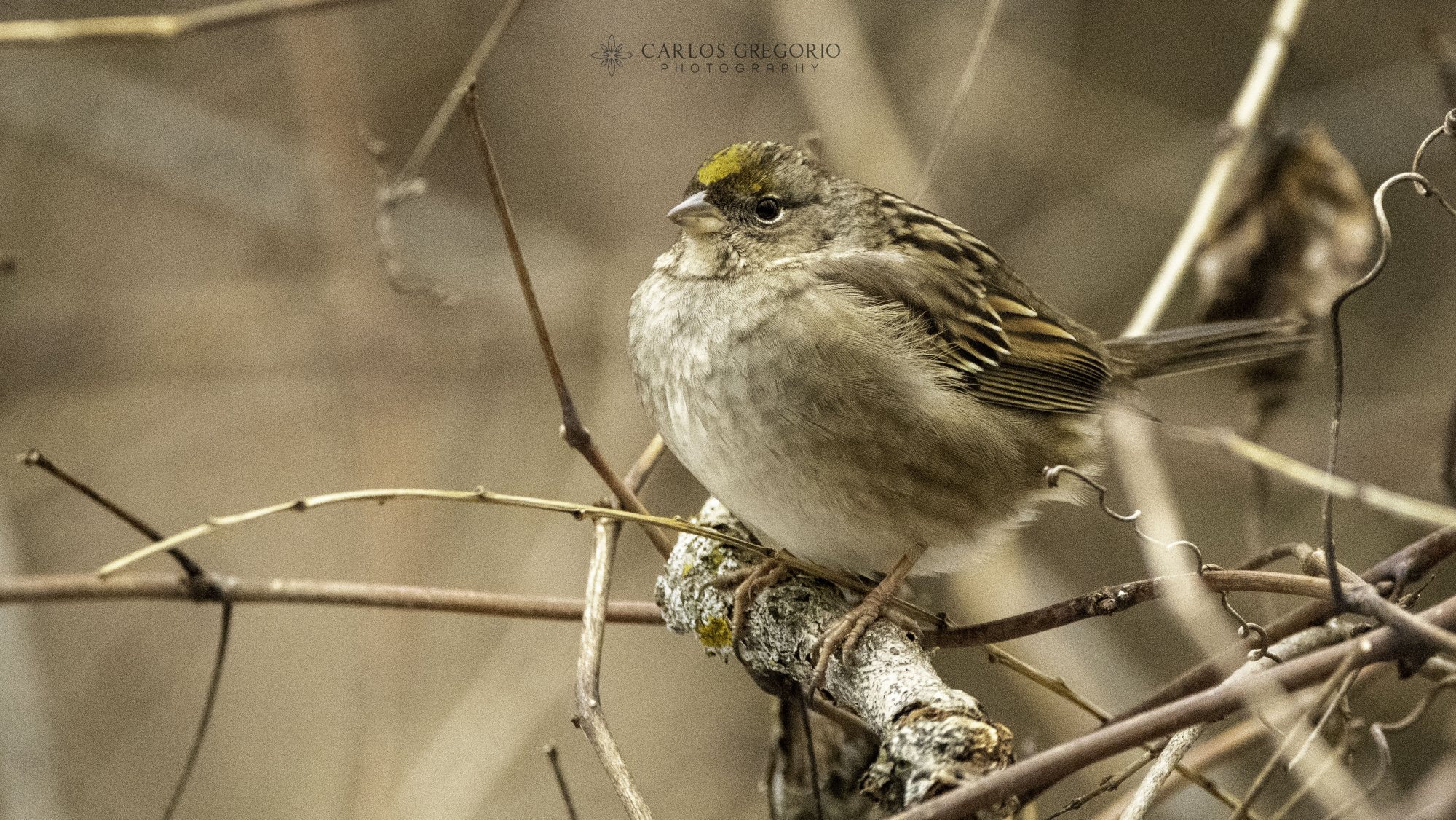 NatureLover said:
I find I'm getting significant noise at ISO6400 (more than when I use same lens/settings on my D7200). Do other D850 users experience the same?

Whether noise is objectionable or not is very subjective and depends on what you are trying to achieve with the image. I have both the D850 and D7200, both of which are the highest rated Nikon sensors in the FX and DX categories respectively and both perform well at higher ISOs. Here's the DxOMark measurements. The green to red bar on the right is an SNR guideline with green showing acceptable SNR ratio and Red not so much. Personally, my threshold is ISO 1600, but of course, I'll go higher if I really want the shot.

Thread starter
Thanks Strodav. I'm not a pixel peeper but on editing, to date it seemed like for me the D7200 was performing slightly better than the D850.... guess I'll have to give it more time. When I try to zoom in to the image I uploaded, I am not seeing the same effect as on my original images.
S

NatureLover said:
Thanks Strodav. I'm not a pixel peeper but on editing, to date it seemed like for me the D7200 was performing slightly better than the D850.... guess I'll have to give it more time. When I try to zoom in to the image I uploaded, I am not seeing the same effect as on my original images.
Click to expand...

When you crop, the noise pixels get larger so the image can look noisier ( https://backcountrygallery.com/does-cropping-make-your-photos-noisy/ ). Also, noise can show up in the shadows, but not the highlights of your image. Maybe that's why your D7200 "looks" cleaner than your D850. BTW, I love the D7200; small, light with great IQ. Now, I mainly use it for family events and family vacations. Even though the vast majority of my shots are taken with the D850 and D500, I still can't part with my D7200.

Supporting Member
What noise reduction software do you use? Both Topaz and DxO Prime are excellent.

Thread starter
I use DeNoise. The image submitted was without noise removal. I was just getting the impression that the 45MP D850 had more noise than the 24MP D7200 under similar conditions

NatureLover said:
I use DeNoise. The image submitted was without noise removal. I was just getting the impression that the 45MP D850 had more noise than the 24MP D7200 under similar conditions
Click to expand...

Well, at least it is not a surprise that thay are on approximately the same level compared with light monsters like the D4s. I shot a D7200 until recently and have now a D850.
If we forget about software differences between camera models, the main criteria for producing noise is the area of a single pixel that is able to catch the light. This is what influences the SNR (Signal to Noise Ratio) of a sensor most. And the pixel area size of a D7200 and D850 very similar with the D7200 having the smallest pixel area size of the Nikon DSLRs. The fact that you have the feeling that the D850 creates more noise may be a result of the fact the noise the different cameras produce look somewhat different. This is partly due to different sensor technologies or generations, but also software differences. That said, after having used quite a number of camera models and having started to play with what the software developpers called denoising in times of Viev NX2 nd Capture NX2, one of the conclusions was that as noise that looks worse to us when looking at an unprocessed image, sometimes is easier to remove, because its pattern is easier to recognize by a software algorithm. Looking back I can say that - as someome still shooting a old D4s:
ISO 6400 is pretty tough for a 45 MPixel sensor with pixel sizes this tiny. And this is the reaon I keep my old monster. ISO 3200 is the absoute limit I shoot my D850, whereas with todays denoising software I have get - depending on the surrounding conditions - good results at ISO 12800 with occasionally pushing it even to 25600.

Another effect that takes effect in this context is the extended sensitivity for motion blur with high res / small pixel sensors. I can'T recall it, but there were some explanations here and @Steve wrote a comprehensive article about it with example photos taken with a ticking metronome. May be you'll take a look ...
C

Using Auto WB will also generate more noise than using the Kelvin temp setting for a situation. Going above ISO 400 will also make for more noise and no gain with using 14-bit RAW capture. There is also variation in how much noise reduction is done by the camera. The Canon 5D was touted for its IQ at ISO 6400 but if one looked at pictures of people taken at that setting they would see skin that had a plastic look as the camera's processing lost a great deal of the tonality.

Nikon has been inclined to have a neutral image file and let the end user process to their taste. Having used many Nikon cameras with poor high ISO performance I also distinguish between chroma noise that is cannot be adjusted with a NR app and one that has more of a grainy appearance such as one encountered with film. When I saw the ISO 6400 files from cameras like the D7200, D750, D800e, and D850, I have been surprised and delighted by how little noise was present even with dark red clothing or dark skinned subjects and with artificial light sources.

If noise is a concern then stay at ISO 400 or less and take longer exposures or make use of "available light" or as W. Eugene Smith stated "Available light is any damn light that is available" and so if flash was an option and improved a shot then he used it without a second thought. Flash is often not used at all and in key situtions it is needed to get the best possible image. With flash I can underexpose the background by up to two f-stops and have the subject properly exposed and this allows me to use a lower ISO setting and a slower shutter speed and to improve separation of the subject from the background (instead of relying 100% on shallow DOF.

Yes, agree ! With todays denoising technology things like this are possible, but as I said, it depends on the surrounding conditions. The brighter the scene, especially the blurred background the more you can push ISO. The darker it gets the more work the software has to do and the earlier it reaches the limit.
R

I am also wondering if what the OP could be seeing is unfamiliarity of looking at a 45MP image at 100% vs. 24MP at 100%. I know that when I started shooting with higher resolution bodies and looking at the images at 100%, I thought they looked a bit noisier than lower MP camera bodies that I was more familiar with. Then again, I realized that I was seeing a much smaller portion of the image filling my screen. Just a thought.

Thread starter
Thank you everyone, and yes Ken, that was my perception.
R

NatureLover said:
Thank you everyone, and yes Ken, that was my perception.
Click to expand...

Glad you did not take offense at my comment. I mentioned it because it my my first reaction when I started shooting with a D750. And when I saw prints from the images I shot, I realized that I had no worries. And it did not hurt that a few folks reminded me about viewing images at 100%. I guess I am a creature of habit and get used to what I know.