Supporting Member
Well here it is. Must be coming very soon. 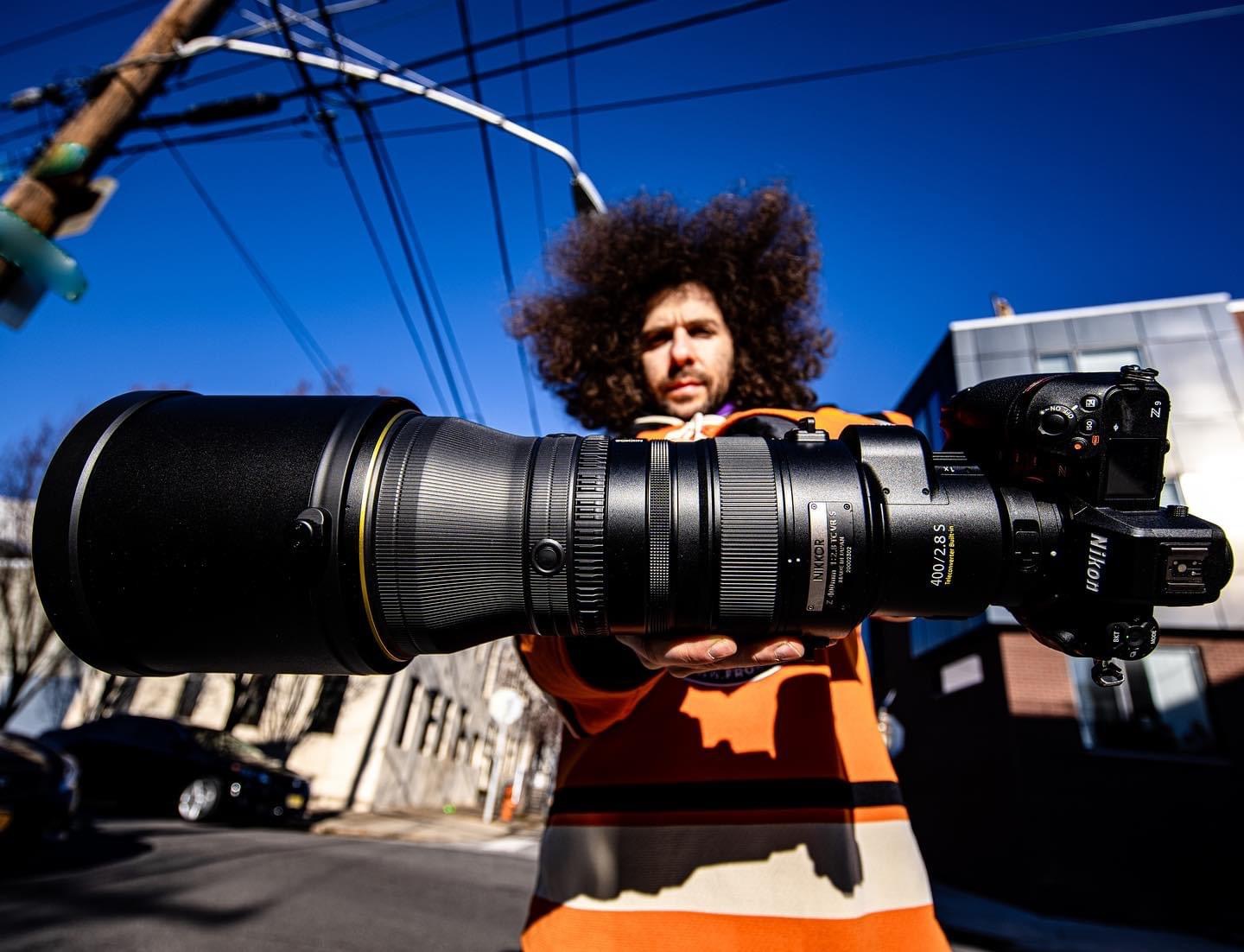 EXCLUSIVE Nikon Z 400mm 2.8 TC PREVIEW | The MOST EXPENSIVE Lens You Will Never OWN!

Supporting Member
Like to know weight and price. I know be patience

Supporting Member
Wow, I have a feeling it's going to be over $12k. I can't justify selling my 500E for it, but I really want this! Looks super light.

I sure am glad F glass adapted to Z cameras works equally as well as it does on native F mount cameras. No way I could financially keep up with everything happening in the Z world if it didn't.
W

Unique lens. Invaluable with external converter. I would guess it will be priced equally to other 400s. However it is still a 400mm lens and with tc and crop it is 800m.

The whole new nikon line up got me thinking ... and wile this lens sounds awesome I think it would be even greater if it was a 300 2.8 with inbuilt TC. If it costed as much as other 300mm 2.8 lenses it would be backordered for ever and it would make such a great combo with 800 6.3.

Yeah but... it's the wrong color
Ok, I am running away as quickly as I can now.

Btw, I firmly believe it will be stellar. Nikon's track record on F mount and Z mount speaks for itself in that category.

Given Z9 pricing I expect 12k. Nikon has been behind canon in market share and has lost its best customer base imho - wildlife shooters. And in wildlife department sony and canon both have been brutal to nikon. They have to regain market. And with Z9 they did well! Time to follow up with this lens.

Regarding weight - I have not seen a nikon patent of a telephoto with a single front element (the heaviest one). Thus it might be a bit heavier, but who knows Let them suprise us.

In terms of the telephoto roadmap nikon has the most interesing one atm.

Hmm, well I would guess the weight to be in line with 6.1-6.4 range. Even if they manage to shave some weight off, the tc has to ad to the overall size. It doesn't look long though. The whole time he holds it, I kept thinking how stubby and light it looked. If it falls in the 5lb range, and is 14" or shorter, I will bite the bullet and trade in my 500E. If it's heavier and more then 12, say 14k, then I will hang on to the 500 and get the 800PF when it comes out.

Hut2 said:
Buttons towards the front are smart. What are the 3 rings for? Zoom, Focus and Aperture?
Click to expand...

It’s a prime. So one ring will be focus. Another will be the cobtrol ring you can assign to ISOot Aperture etc .
P

It does seem to have 2 control rings in addition to the focus ring. I would guess they're both configurable unless Nikon have some special function on one of them.

it's interested Jared said repeatedly that it was light

zule11 said:
EXCLUSIVE Nikon Z 400mm 2.8 TC PREVIEW | The MOST EXPENSIVE Lens You Will Never OWN!
Click to expand...

idly, i wonder how much actual money that Nikon letting him handle that lens early and make that video earned Jared.
H

John Navitsky said:
idly, i wonder how much actual money that Nikon letting him handle that lens early and make that video earned Jared.
Click to expand...

19,000+ YouTube views in 4 hours is probably pretty good for Nikon too

John Navitsky said:
idly, i wonder how much actual money that Nikon letting him handle that lens early and make that video earned Jared.
Click to expand...

He was probably the most visible detractors/defectors when he s**t so publicly on the D6, so whatever they paid him it was worth it.

It appears that the lens is very light. That seems to be the message Nikon wanted to get out because that's all he was allowed to say about it. They seem to be trying to generate a little pre-announcement hype. Hopefully we'll know more soon.
O

zule11 said:
EXCLUSIVE Nikon Z 400mm 2.8 TC PREVIEW | The MOST EXPENSIVE Lens You Will Never OWN!

I think it looks like a brilliant lens, looking at the weight factor and offering F2.8 or F4 with the TC. It can serve well in low light.

Very Interesting, the 400 2.8 G series has traditionally been superb but monster heavy.

The 400 has a great weight advantage, optically should be better i assume than previouse 300 and 400 lenses, it is slightly better optically than the 300 2.8 VR II by how much in the real world though i don't know, but gee is it worth another guessing $9000 USD for i am guessing 5% or 10% gain optically.

They have removed the TIFF option in the Z9, I like using my D850 say at 500 mm in DX mode which gives me so called 700mm, add to that a 1.4 TC is 980mm, add to that TIFF setting i have a 60mb DX file with lots of meat to deal with, realistically in physical distance its all at 700mm in the real world.

The 400 is a very interesting lens, i prefer the 600 f4 FL as its light and sharp and i can always take a few steps back instead of risking going forward if at all even possible.
Also a 600mm F4 at F4 dose what a 300 2.8 dose at F2.8 if anything the 600 has even a shallower DOF.
Remember sharpness comes more from you not just the gear.

pwaring said:
It does seem to have 2 control rings in addition to the focus ring. I would guess they're both configurable unless Nikon have some special function on one of them.
Click to expand...

Any ideas on what the ring with ridges like piano keys - Jarod referred to it as the piano ring - does?

B&H says lens does not accommodate an external TC.

dtibbals said:
Well here it is. Must be coming very soon. View attachment 30594
Click to expand...

Seems like it is under 3 kgs, the way he was talking about it!

Supporting Member
I think it will be just over 3kg, say 3.1kg.

I was surprised by this and hope it’s just a mistake. Seems odd since the 180-400mm with built in TC takes external TCs I believe.